“Art gives me pleasure; it makes me think. I must be her ally: she liberates me. And in this long trek we have created an inseparable alliance, where the only sure thing is, at the end, she will stay and I will leave."

Looking at one of Fabio Herrera’s paintings is like watching a garden or landscape through the rain. His many works on the subject reflect a very intimate, personal memory shared by almost all Costa Ricans: rain drops running down leaves, flowers and grass.

As one of the most significant artists of his generation, Herrera has introduced new ideas to Costa Rica's conventional art world, often placing symbolic significance on isolated objects, whether through representational or abstract art.
Herrera approaches life from many different perspectives then translates it into a passionate flurry of colors on canvas. His thousands of works vary from landscapes and watercolors to esoteric abstracts, drawings and silkscreen prints.
"I can't fight painting. I am trapped in its magic," says Herrera, who has accumulated 40 years of professional experience.

Until 1990, Fabio Herrera was a figurative artist occasionally creating abstract art, but ever since, it became the opposite. Squares and rectangles became important components of his pictorial grammar, not necessarily with perfect shapes but rather as spatial presences, sometimes distorted or vague but always solid and forceful. Though at first sight his paintings may seem strictly one-dimensional, a more attentive look reveals fractures, holes, which suggest something beyond, something veiled beneath the surface. Techniques like mixing marble dust with paint force the eye to a slower, more deliberate reading of the canvas.

Drawing first became a pastime for Herrera as a young boy who did not always fit in with the other children. One morning, in an effort to block out his classmates, he began to recreate a drawing of the sun his teacher had put on the chalkboard. He found escape in the drawing, and from that day forward his notebooks were filled with sketches.
Today, Fabio Herrera is a leader in the Costa Rican art community and founding member of Bocaracá, a group of 11 modern artists that discuss current tendencies in the world and local art scene, which is relatively unknown abroad. He has done hundreds of solo and collective exhibits all over the world, is cited in more than 80 books, and his more than 20 awards include numerous Aquileo J. Echeverría prizes - Costa Rica’s top award for excellence in the arts. 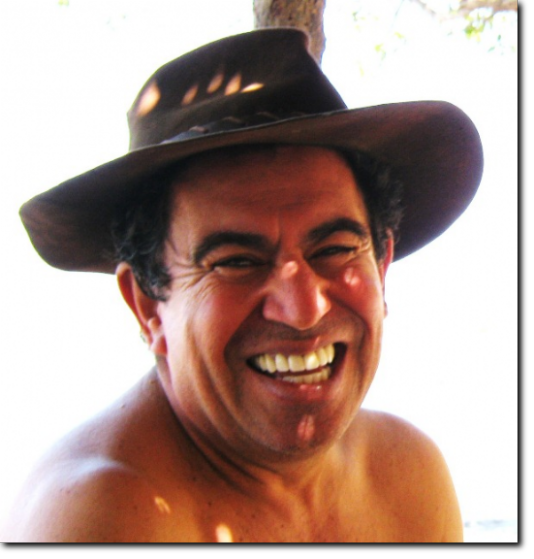